It's been awhile since I have posted.  I haven't had my camera out recently, but finally brought it out for the weekend.  The Memorial Day Weekend always starts the car show season.  The first car show we go to is Lane Automotive in Watervliet, MI.  It is usually really big, but this year it looked like rain... until the last minute.  So there weren't as many people there as usual.

Our weekend wasn't that great.  We had to put our dog Willie down and we miss him terribly.  He was 7 years old and hadn't been feeling well the last few weeks.  Last week he seemed to be getting better but then on Saturday he took a turn for the worse.  We ended up going to the emergency vet on Monday.  They did an ultrasound on him and found out he had cancer.  We are heartbroken.

Willie was a dog we adopted from the shelter.  He had separation anxiety and the first time we took him for a ride in our truck, he was shaking he was so scared.  However after that, he loved riding in the truck.  We always thought he was a lab with some pit bull in him, but a friend said he looked like a Vizsla.  I never heard of the breed until yesterday.  It said that they are sweet and sensitive dogs, mild mannered.  That was Willie.  I don't think he had a mean bone in his body... and he only "bit" when he was playing (and it wasn't hard .. or often).  He was smart, sweet, kind... and a great companion.  It is too quiet in the house.. and I've been crying on and off since yesterday afternoon.  I have a feeling that is going to last for awhile (and I'm not a crier).

Willie taught me daily about unconditional love.   We buried him near our pole barn where he used to lay in the sand while Mike would work in the pole barn on his car. 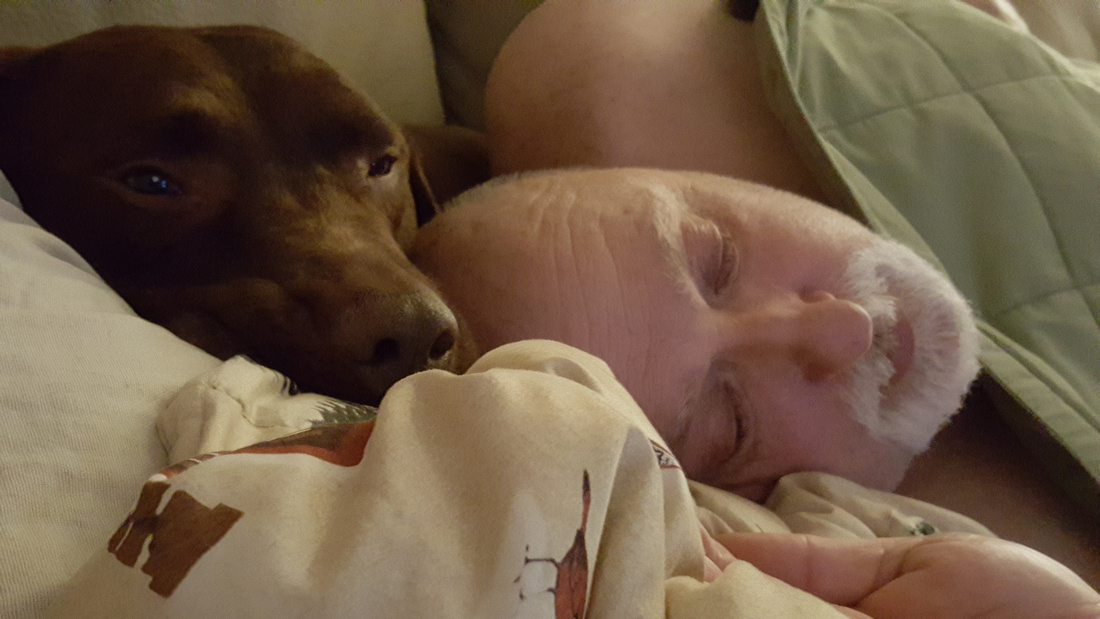